Currently the number of exoplanets is rapidly growing, with over 4000 planets discovered. This number is expected to grow even more in the future with dedicated missions that are expected to find additional planets.

While discovering new exoplanets is still important, we have now entered a new era, where the better characterisation of these planets and their host stars is of extreme importance. A technique that is being used to probe the atmosphere of an exoplanet is transit spectroscopy. During a transit, the stellar and the planetary discs overlap, and while a part of the stellar light is blocked by the core of the planet, another, smaller, part is filtered through its atmosphere. Future space observatories will observe known exoplanets to obtain their spectra and characterise their chemical consistency.

For this technique to be as efficient as possible and to organise large-scale surveys we need to have a good knowledge of the orbital parameters of the planets observed, especially of the expected transit time.

This is where small and medium-scale telescopes and the public can contribute significantly and make a difference.

1. Obtain data with small ground telescopes: More specifically, we take photos of a star while an exoplanet is passing in front of it. So far, we have collected a number of observations in collaboration with amateur astronomers ( Nunki Observatory - Nikolaos Paschalis ).

2. Analyse the data: At this stage, we are measuring the light coming from the star. The star seems a bit fainter when its planet transits.

3. Interpret the data: The drop of the light will give more information about the planet: its size, its orbit and its transit timing.

This process needs to be done on a regular basis with the aim of tracking any changes in the long term.

So far, our team has been working to design tools for data analysis and make the process easy enough for everyone and current results can be found here . We believe that everyone can contribute to such an effort. The contribution by citizen scientists is the motivation of this project, and it was outlined by A. Kokori at the EPSC 2017 in Riga, in this presentation . 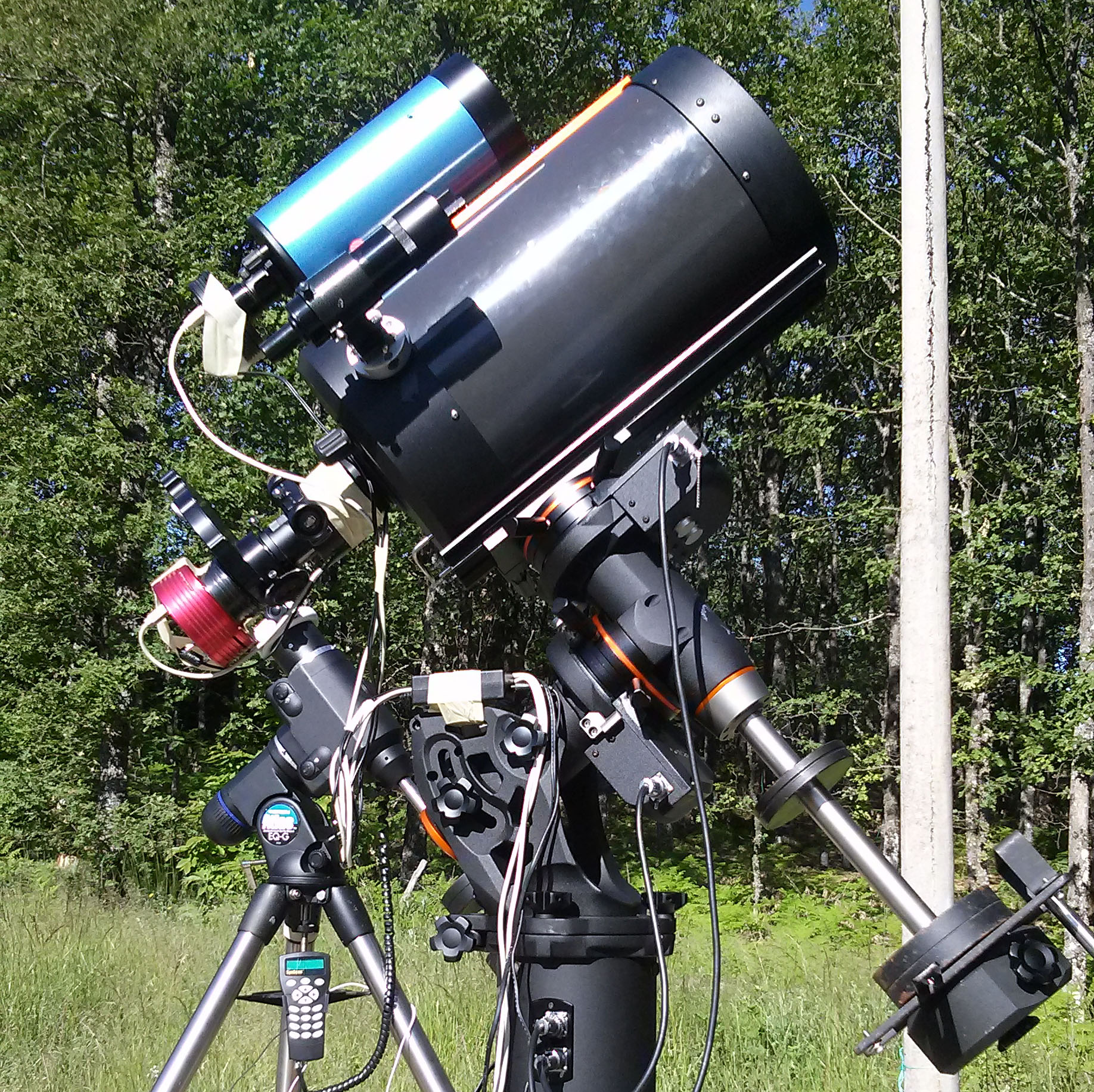 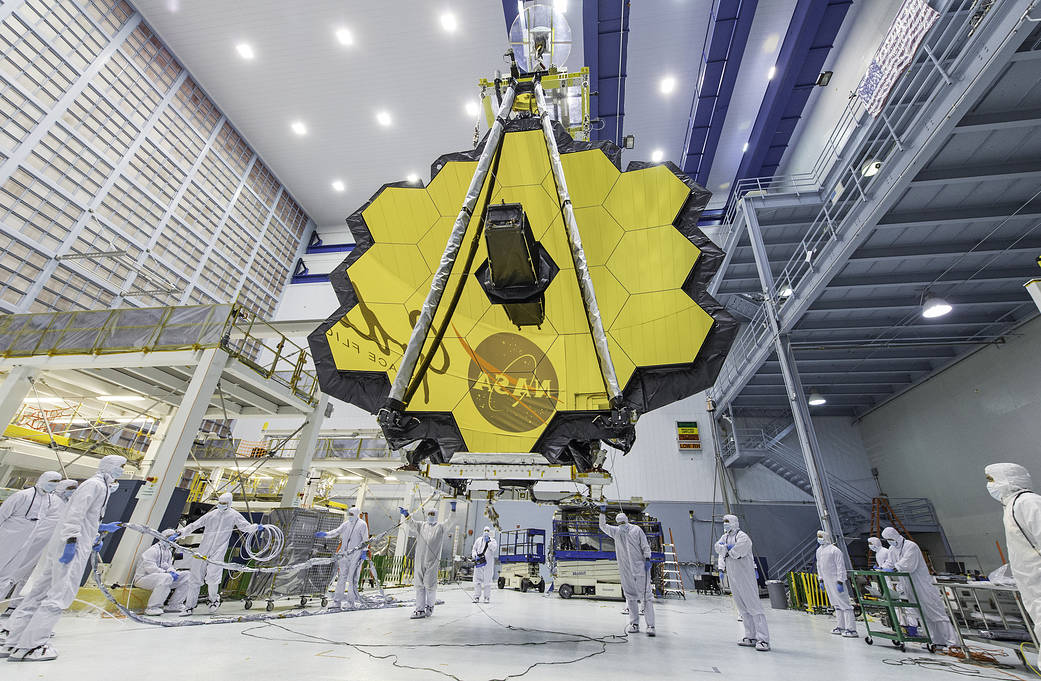 Observing exoplanet transits is fun, but it is also very helpful for future missions! At first, we would like to give you an idea of the data we obtain and the results that we want to achieve, by answering the most frequently asked questions about transit observations:

- What do the pictures taken by a telescope look like?
Same as what you see with your eyes, but with more stars! The picture below is an example of the star WASP-10 which hosts the exoplanet WASP-10b. 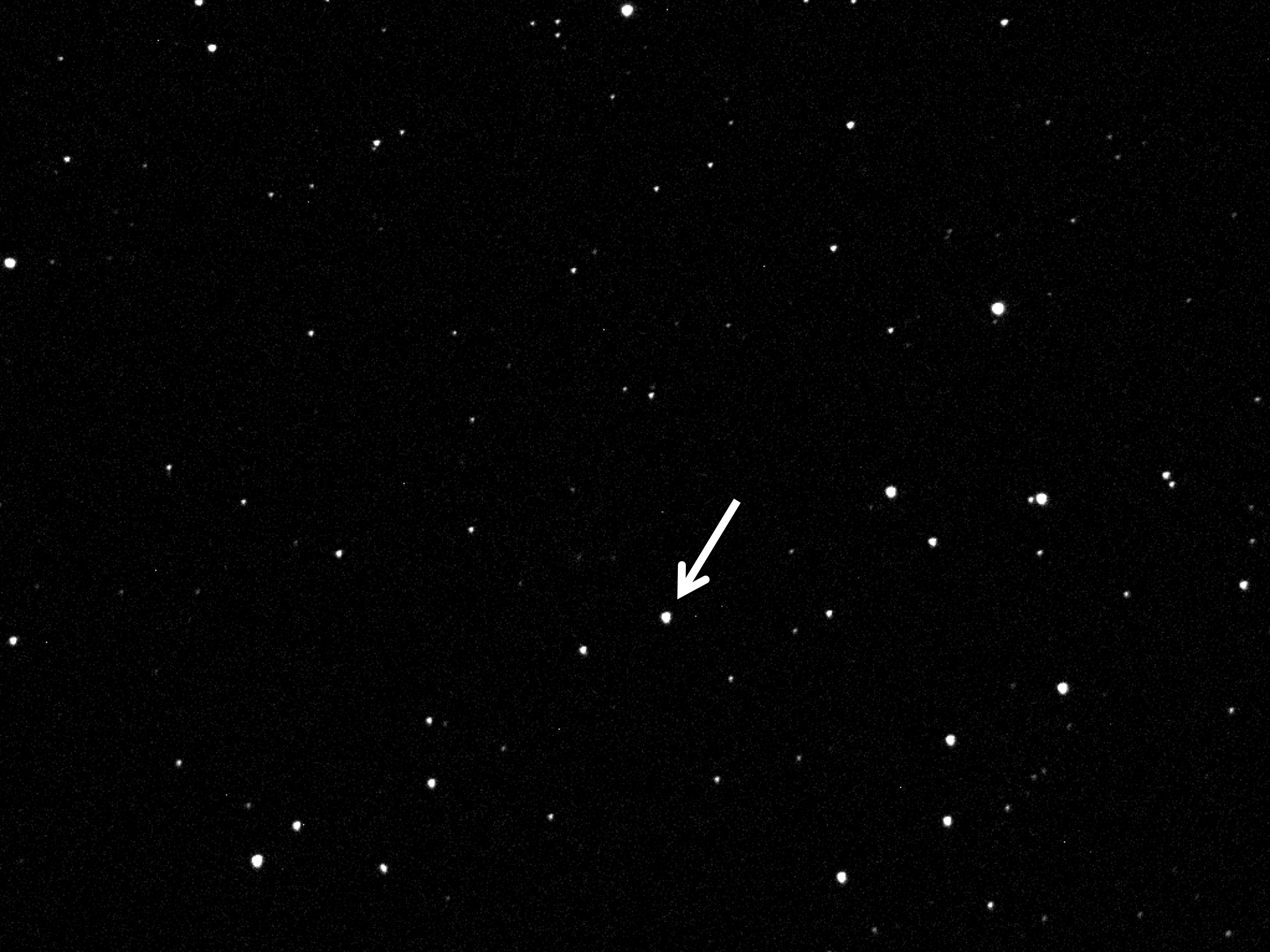 - What does an exoplanet look like through a telescope?
Well, we cannot see exoplanets but only the stars that host them! That is because exoplanets are far away and very small compared to their stars. However, when an exoplanet is passing in front of its host star, the star's light is decreasing. The picture below shows an exoplanet, while passing in front of its host star and the drop in the light of the star, which is the only footprint of the planet that we can see. 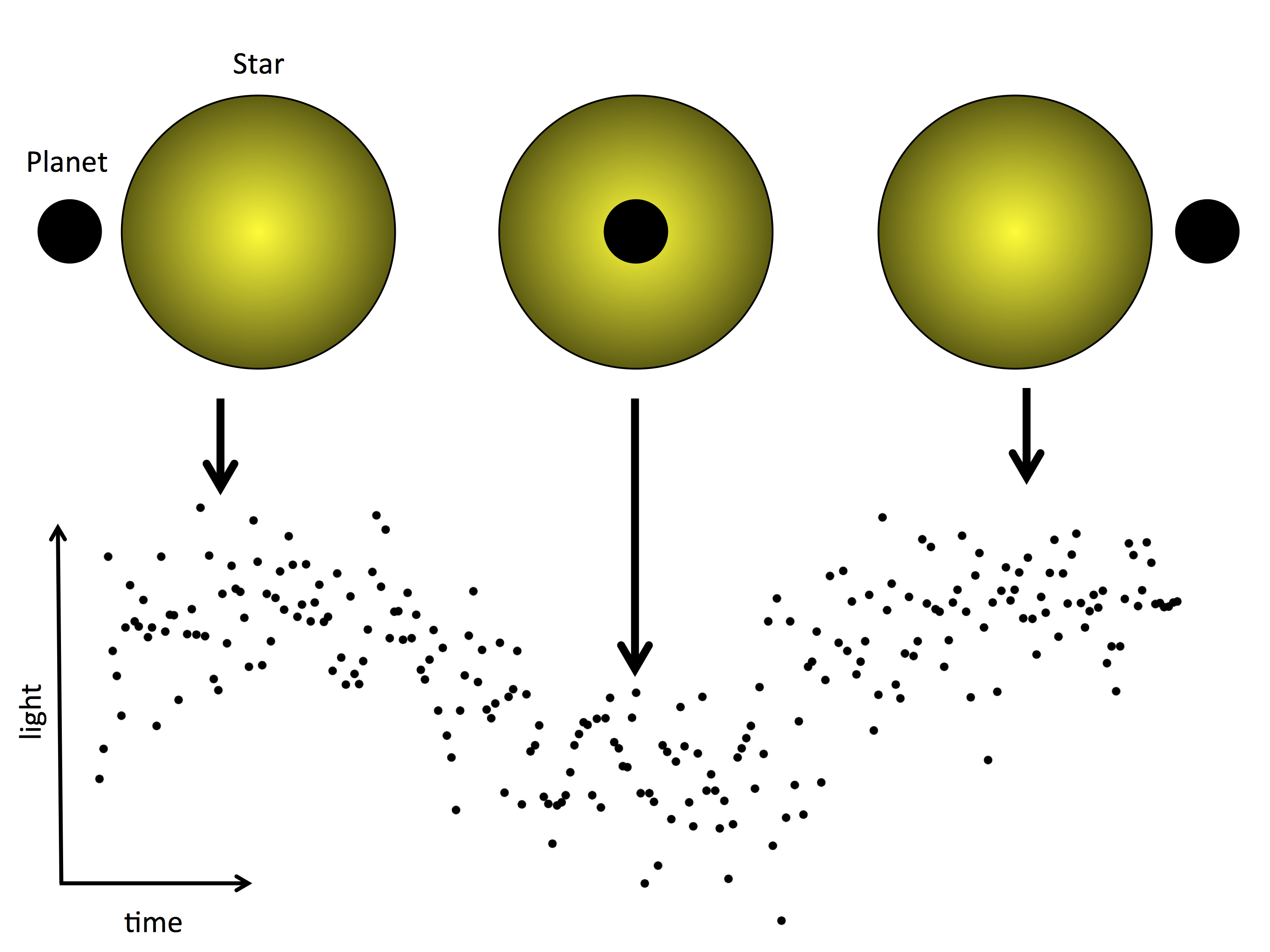 - What kind of information can we extract from such an observation?
The final outcome of the data analysis is the so called "light curve". The shape of the light curve is directly connected with the characteristics of the planet and its orbit. By comparing each light curve with a number of theoretical models, we can identify the best model that matches the data.The figure below depicts the light curve of the star WASP-10 while the exoplanet WASP-10b is transiting it. 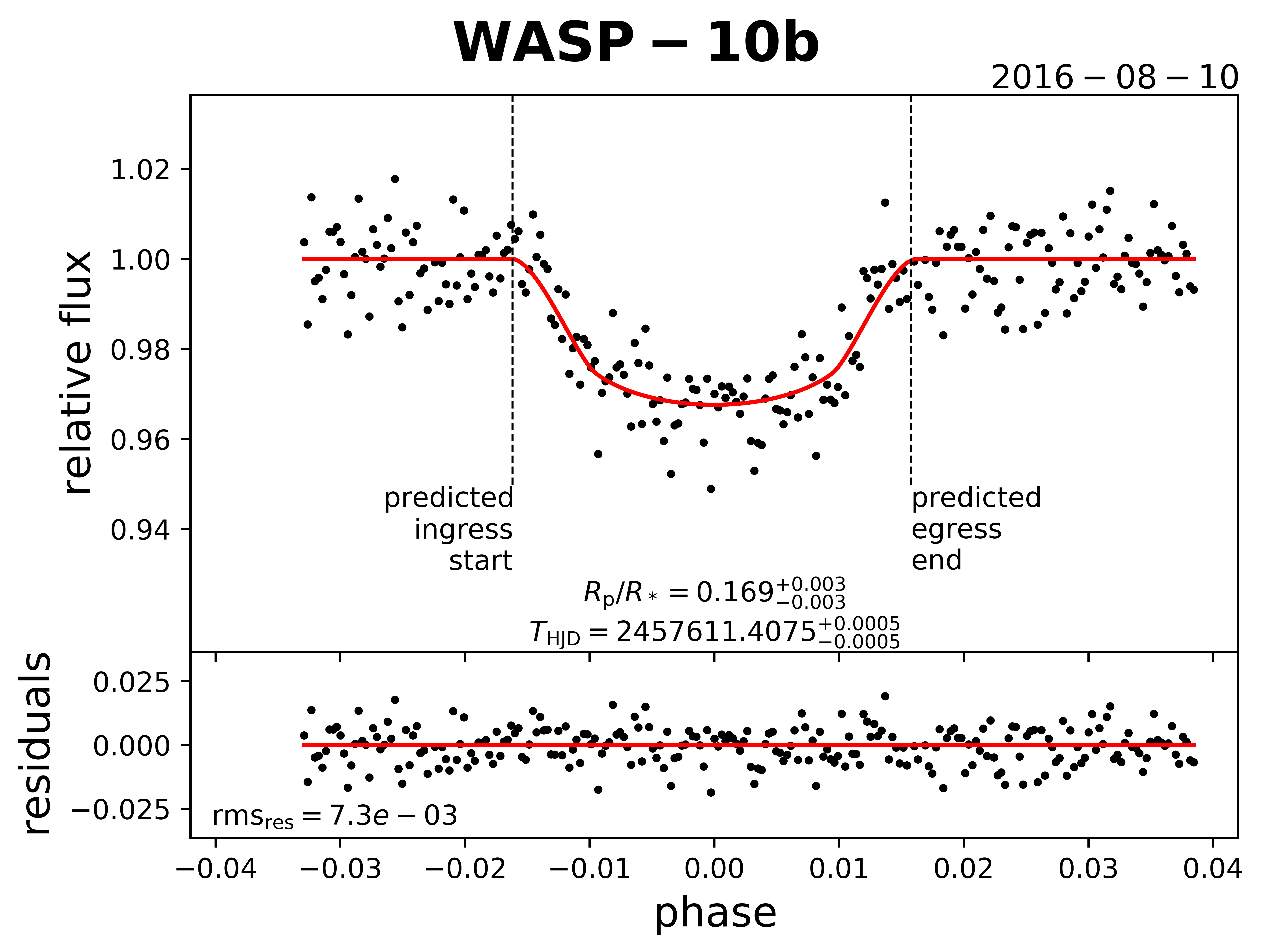